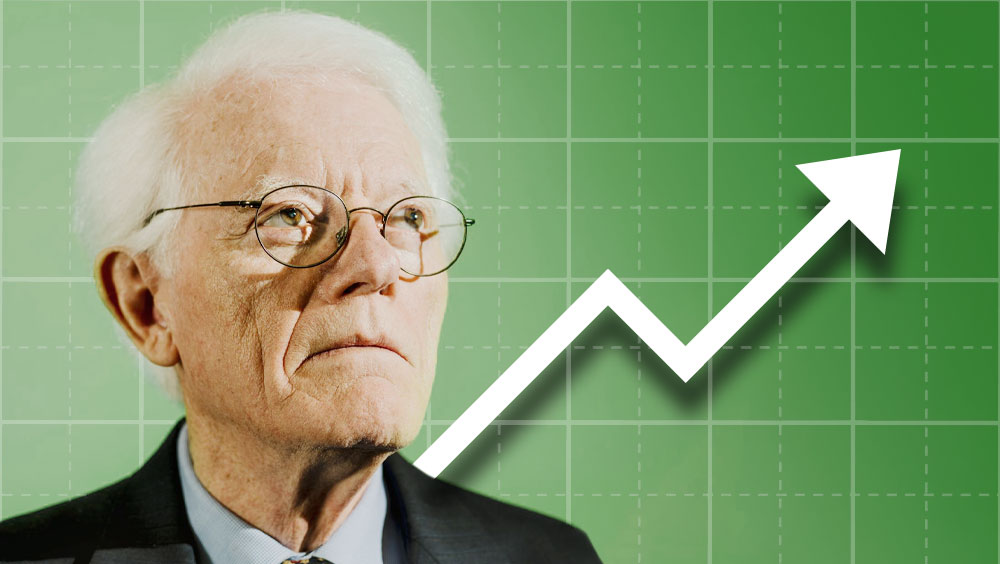 Peter Lynch rose to fame as the Fidelity Magellan Fund manager between 1977 and 1990, where he was renowned for picking high-performing companies. Instead of trying to field short-term market volatility, Lynch advocates a long-term approach. That means choosing investments wisely by gaining in-depth knowledge of business and the markets.

Focus on Potential for Growth Over Market Volatility

Hedge bets on companies whose financial projections and future growth is all but certain, based on expert knowledge. As lynch says, interest rates and inflation will go up and down, and this will affect share prices, but that shouldn't matter to serious investors.

Lynch pointed out in a 1994 speech to the National Press Club that basic corporate profits have grown by 8% on average each year. As such, profits double approximately every nine years.

Lynch's predictions were practically prophetic, which makes his advice all the more pertinent. It's easy to have an emotional reaction when markets trend down as rapidly as they have in response to the domino effect of COVID-19 and the Russia-Ukraine conflict. However, despite everything that's happened in the world, the long-term market trend is evidently upward—in line with the increase in profits and wages.

Instead of taking a reactive approach to the markets, savvy investors should wisely select companies that are poised to make profits and enjoy long-term growth. If you manage to apply Lynch's philosophy as effectively as he has, who knows, you could accrue a net worth of over $450 million, too.